If not now, when?

"When beef stew is in the oven, all's right with the world, and beef Bourguignon is the best beef stew known to man." - Julia Child

We're sharing this recipe from our archives this week for two good reasons: 1) it is the ultimate comfort food for what is expected to be a miserable and cold couple of days and 2) we just watched the new documentary "Julia"...which was so moving and filled with so many facts and photos and films I'd never seen before. Julia Child is probably singularly responsible for today's American obsession with food and the countless television shows (and entire channels) devoted to cooking like professionals at home.

In 1963, Julia convinced the manager of a local PBS station to put her on the air to teach people how to make French food from her cookbook (Mastering the Art of French Cooking). On her very first episode of The French Chef, she prepared Beef Bourguignon (LIVE on the air!)

As Julia said at the end of every episode--Bon Appétit! 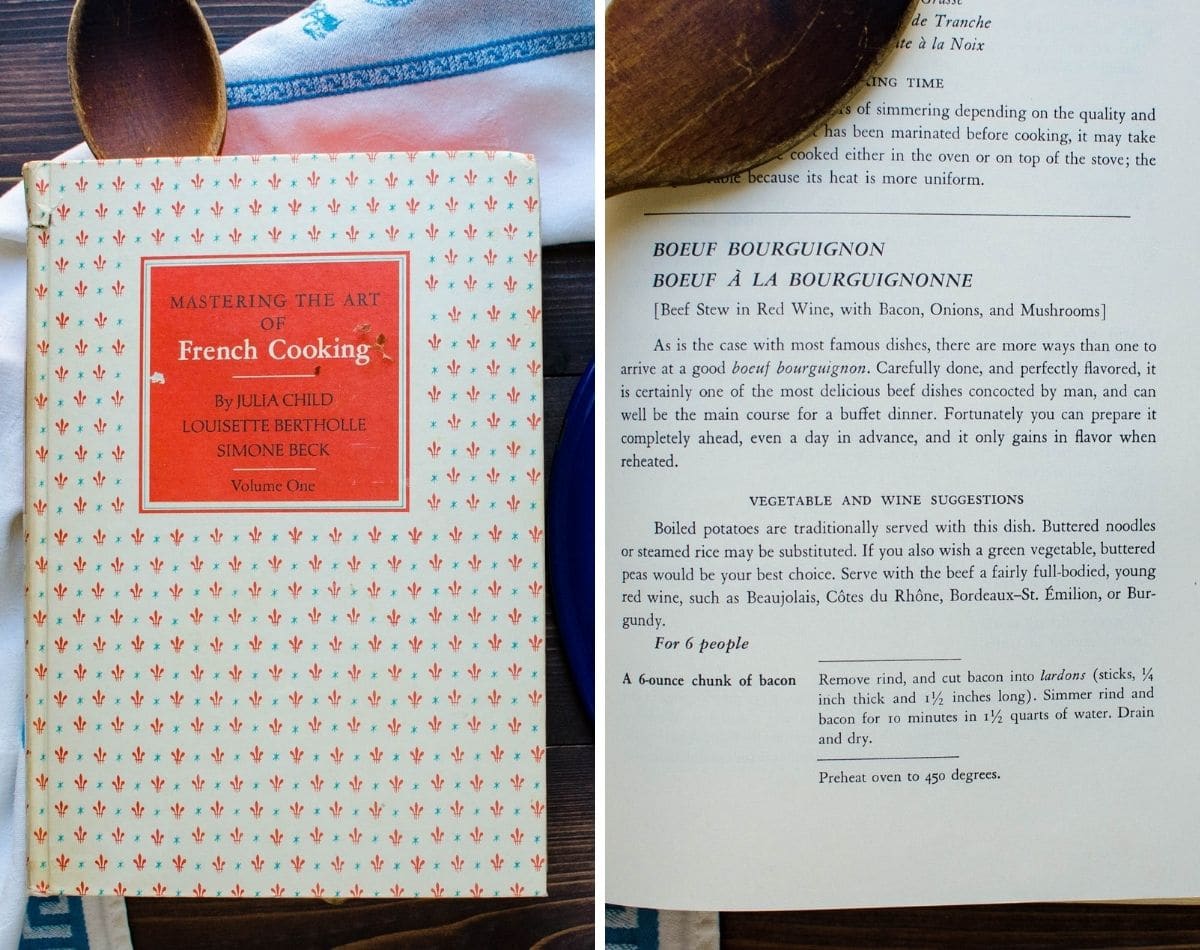 Our archived version of this recipe is no longer accessible. Follow this link to garlicandzest.com for the best version of Julia's original recipe! Great photos and directions from Lisa.

The Barn in Pine Plains, NY

Thursday to Monday
11a to 5p

We look forward to seeing you there.